Sheung Yiu: On the Need for Hard Diversity in Finland

As a foreign* artist (and let me acknowledge the term ‘foreign’ itself is contentious), there are many hurdles to overcome and red tapes to cut through on top of surviving as a culture producer, which in itself is hard enough. And that is not exclusive for artists in Finland. If you are reading this blog, chances are you probably are personally going through or know someone who has gone through the process: the language barrier, the Migri trips, the difficulty of employment, or just navigating the Nordic art scene.

For the four short years I’ve lived here, I have sensed a push for diversity, at least in the cultural sector. There are discussions and forums and training programs centred around conviviality and hospitality—a good direction I am happy to see—yet many of these talks often ended in apologetic consolations or a common shoulder shrug that can be boiled down to the phrase “it can’t be helped because of the system”. I have come to realize that the discourse of diversity in Finland is unique from, say, the US, because of the “system”. The “system” is what makes Finland great to some but especially uninviting to others: the bank identification for accessing government services, the mandatory requirement of Finnish for all sorts of jobs, the language barrier in funding application systems etc.

What the metaphoric shoulder shrug symbolizes is the disparity between what I call soft diversity and hard diversity. The soft in soft diversity borrows from the term soft power. Soft diversity refers to the social, cultural and psychological acknowledgement of diversity. In other words, the attitude and advocacy for diversity. In recent years, there have been many cultural programmes around diversity, most noticeably Frame’s Rehearsing Hospitality, Culture for All’s Project Avays, and The Ministry of Culture and Education’s working group for Cultural Policy, Immigrants and Promotion of Diversity. These programmes establish the consensus that diversity is beneficial to the development of Finnish culture and has fundamental value to the art and culture sector. On the other hand, hard diversity is the infrastructural support for diversity - diversity written into the system in black and white. Hard diversity is important because unless diversity is written into safe space protocols, hiring guidelines, immigration policies and legislation, the welcoming attitude for diversity cannot materialize into actual changes that support foreign cultural workers and marginalized groups. I will briefly describe two directions that Finland can improve in terms of hard diversity.

The struggle with visas

The first concerns artist visa. Currently, Finland offers exemption from work permits for 90 days for artists, but the requirement for long term stay is much harsher. A residence permit for professionals the field of culture or arts requires a signed employment contract or a binding job offer, making the permit difficult for artists to obtain as long-term employment is rare in the art world. Most practising artists make a living through sporadic freelance work or grants in between exhibitions and performances. The requirement for an employment contract makes successful application almost impossible for independent practising artists. The best chance for foreign artists to get a residence permit is to work in a long-term paid position in an art institution, but then not all foreign cultural workers are art administrators. I have heard that some cultural institutions such as Myymälä2 and Kuopio Orchestra do offer help in providing supporting documents. However, it remains administratively difficult for independent foreign artists to stay in the long term even though there is a demand for foreign cultural talents.

From my personal observation, this has driven many talented artists who graduated from Finnish art schools and have been practising in Finland for a long time away from Finland to other countries such as Germany, the US, the UK and Korea, which offer specialized artist visas. Berlin, for example, offers artist visas based on portfolios and a financial plan rather than employment contracts. In this respect, Finland needs to act quickly. As foreign talents leave, the local art scene keeps losing these international connections. Consequently, like a leaking balloon, it doesn’t hold its shape even though Finland has one of the world’s most robust funding infrastructures for arts and culture. The struggle with visas is felt among foreign talents across all fields. Initiatives such as #ReformMigri highlighted many personal stories detailing how foreign professionals are mired in bureaucracy and documents. It is long overdue for Finland to consider establishing a specialized visa channel that reflects its soft diversity.

Another case in point is hiring. If we acknowledge, though not without critical introspection, that English is the lingua franca of the Arts; if we want to nurture an international art scene that celebrates differences, then cultural institutions should reconsider the requirement for native Finnish in an extremely international working environment. In this respect, many tech companies are much quicker at accommodating international talents than Finnish cultural institutions. Or more progressive yet, the cultural sector should take the lead in implementing diversity hiring. Diversity hiring is an approach that takes special care to ensure reduced biases and fair representation in recruitment processes. Cultural institutions can actively seek for international candidates to nurture a more diverse environment, so that diversity is not something that is outsourced but an embedded element in the work culture.

While the implementation of diversity ‘quota’ in the workplace remains controversial—the paranoia of being the token hire and the quota being a superficial PR gesture—it creates an opening and financial stability for foreign talents. It should go without saying that any set in stone guidelines are useless without the right attitude and intention. Such is what happens with a lot of diversity hiring in banks, where the employee becomes a ‘mascot’ of diversity. But I would argue that there is still a need for hard diversity especially at a time of empty virtue signalling and pinkwashing (the self-serving use of LGBT appeal as a PR stunt), even though the formulation of morals into rules can be awkward at first. Hard diversity ensures that the fundamental value of diversity is better protected against trends, changes of government and personnel changes within the cultural sector. Hard diversity prevents personal bias from hiding behind the system, disguised as rule abiding righteousness. It also makes it easier to hold any misconduct accountable.

Fundamental changes within the systems is a slow process, but change is happening. In recent years, Finnish Cultural Foundation (SKR), The Arts Promotion Centre Finland (Taike) and Kone Foundation have been offering information sessions on their grant application process in English. However, Taike's funding application interface still does not offer English as a language option. Hopefully, as the Finnish cultural sector works to translate soft diversity into hard diversity, one day being different in Finland would become a norm and not a struggle.

Sheung Yiu is a Hong-Kong-born image-based artist and doctoral researcher based in Helsinki. His research interest concerns the increasing complexity and agency of computational photography in contemporary digital culture. He seeks to expand its ontology by formulating the connections between photography theories and new forms of realism, object-oriented ontology and network thinking. Engaging with artistic practice and multidisciplinary collaboration as a mode of research, his works examine the poetics and politics of computational photography, such as computer vision, computer graphics and remote sensing. Yiu’s work takes the form of photography, videos, photo-objects, exhibition installations and bookmaking. 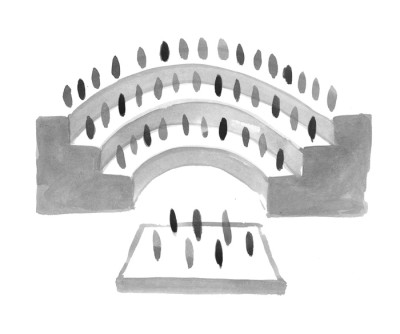